Dunkirk is the new war movie which written, co-produced and directed by Christopher Nolan. The Movie stars James D’Arcy, Barry Keoghan, Kenneth Branagh, Cillian Murphy and One Direction’s Harry Styles. Filming took place in Dunkirk France in 2016 and is based on the true story of the battle of Dunkirk which began in late May 1940 in the French port city of Dunkirk, where some 400,000 Allied soldiers were penned in by the Germans. Nolan seems to have written the script to be told more visually than verbally as there is not an abundance of dialog, instead the story is portrayed via the use of amazing cinematography and visual effects as the movie really looks and sounds amazing on the big screen. 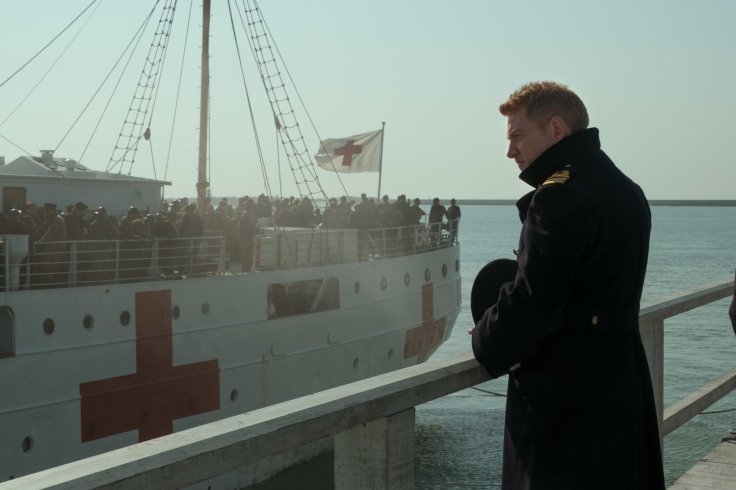 The Movie takes place just after Germany’s World War 2 invasion of Poland and tells the by now mythical story in British history of the rescue mission of 400,000 troops known as Operation Dynamo.Dunkirk is definitely a war movie but it is also a story of suffering and survival. It nice to see Nolan didn’t include any back story as it’s assumed the audience will know what the war is about and why the troop are where they are.

Dunkirk is of course based on a true story and lovers of this type of genre of movie will really enjoy the way this exciting historic story is portrayed. As I said before there is not a lot of back story or even character history and that is probably the reason this movie is not drawn out with  a 2 hour + running time. Dunkirk is more about the experiences of war rather than the strategics behind it. Christopher Nolan has definitely put his own stamp all over this movie and has made a lot of big production calls which largely has worked very well indeed.