Girls Trip is the new hilarious comedy written by Kenya Barris & Tracy Oliver and is loosely based on their own experiences with their female friends. The movie stars Regina Hall, Queen Latifah, Tiffany Haddish, Jada Pinkett Smith, Larenz Tate and Mike Colter. The cast really gel together very well indeed with the four main characters having an excellent on screen chemistry. Extra credit needs to be given to Tiffany Haddish and Jada Pinkett Smith who play Dina & Lisa, providing a lot of the laughs throughout the movie and are by far a large part of what makes this movie so funny.

The movie follows the four main characters as they reunite after five years to go on a girl’s trip to New Orleans to attend the annual Essence Music Festival. There is a brilliant mix of back ground stories and personalities to the girls which set it up nicely for a wild weekend they will never forget. The Movie is almost split in two parts as the first half the humour just keeps coming at you  before slowing down just a little toward the second half as the four friends try to deal with some emotional baggage from their past and present. 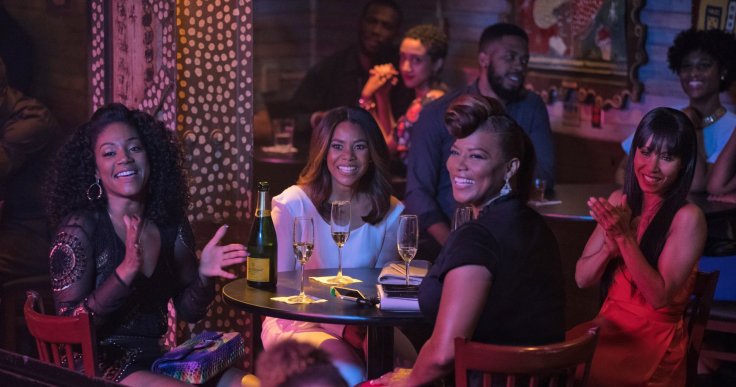 The ladies of Hollywood are certainly fighting back these days as some of the biggest movies of the year so far have had mostly female leads, movies such as Hidden Figures, Wonder Women and Beauty and the Beast have already enjoyed huge success at the box office. Girl Trip looks to and deserves to continue that trend as it has to be one of the funnies comedies of the year so far with lots of laugh out loud moments.